Thanks to everyone who asked questions. The Spellbook is over 200 total followers already, so I’m a bit late…

Despite much advertising (as much as I could do within the time constraints I had), there’s only two questions as of the time of this post, so here we go:

Moya asks: “…what makes you particularly attached to the number 14 (as in MagicConan14)?”

Welp…14 is a bit of a lucky number for me. In the interests of privacy, I will only admit it is connected to my birthday in some way, which is how it became my lucky number in the first place. Also, since 13 is unlucky, 14 comes out as lucky…at least, through my particular way of thinking it does.

Shameless advertising: Moya and I (plus some others who should really be working on their own Shield Hero and Dororo collab) have a collab going on right now for Kimetsu no Yaiba – you can see episode 1’s post here.

Thank you. Page jumps are a useful thing for a blog reader and are especially handy if you’re trying not to get spoilt on other shows in the process of reading about one specific show, so that’s why I’ve incorporated them into the seasonal posts…

…well, that is something he said, but that’s not his real question. That would be:

“…What’s a post that you are proud of that didn’t get a lot of attention?”

Generally, my posts on manga-only content don’t get as much attention as my anime stuff, but since the question asks for one post, I quite like this one about Ne0;lation.

Welp, that’s it so far, which is why this post ends earlier than usual. Keep asking your questions and I’ll update this post – I’ve left a link to the tweet below an I’ll also answer the questions on the comments of this post, as well as the comments of the previous post I designated for such purposes. (Hmm…if I do one of these again, it’s going to require more planning, isn’t it?)

Currently creeping towards 200 total WP followers, so I'd like to do a Q and A for the occasion. Reply to this tweet to ask your questions or alternatively use the relevant WP post (when that post comes out).

Uh…what else can I say to fill up space? Japan was fun, but only at the end when I looked back on it. I wasn’t told that it was a shopping tour, so I didn’t get to see anything in particular depth unless it involved shopping (of the non-weeb variety, so it was a lot of souvenir stores and high-end luxury goods). I found this out the hardest way possible: on the very first day, we made our way to the entrance of the main building of the place known as Shinjuku Marui. It had a big ad for the Fate movie Lost Butterfly near its name and there were flags for the 10th anniversary of Attack on Titan going down the street…and the tour went right past it in favour of a smaller department store a few blocks down…

I also tried to check out anime in its most native of habitats and managed to catch some of it in earlier parts of the tour (notably Dororo ep 15…I haven’t had access to Dororo until this, so starting with that particular episode was confusing for more reasons than that episode’s director can explain), but eventually I had to let a whole bunch of ep 3s go (notably Carole and Tuesday is one I let go).

I could tell from looking at the itinerary the tour guide couldn’t speak English very well. With phrases like “Dong da temple”, it was like Babelfish all over again… The guide spoke Mandarin and my skills in that have receded over time, so I understood about 50% of what she was saying and still don’t 100% know the names of every place I went to.

I think I best put the experience into words as “Japan syndrome” (a play on Paris syndrome) – I’ve heard so much about Japan and studied it in as many ways as possible that it met my expectations in some ways for the weirder stuff (e.g. vending machines) and yet it completely disappointed me for mundane stuff (e.g. watermelons – apparently they’re the most expensive thing in Ginza, but they’re significantly smaller than what I’m used to).

Ply wanted pics, so…I got someone to take a picture of a YuruCamp BD/DVD ad I spotted in a Kakegawa souvenir store. Credit for the photo goes to them, but credit goes to me for spotting it, so it evens out. (Interestingly, I learnt about Lake Kawaguchi – one of the locations I went to – through YuruCamp.) 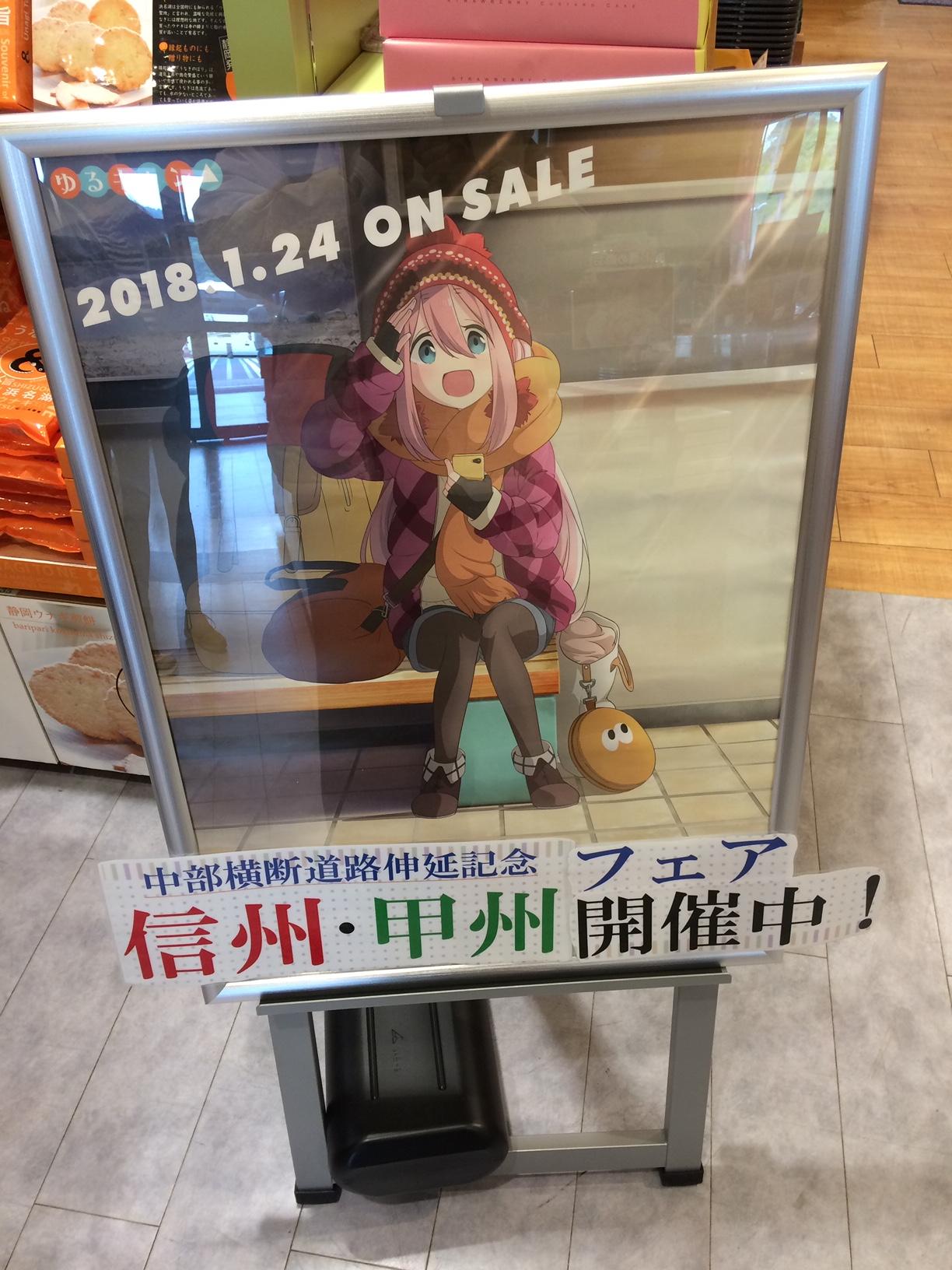 Also, some of the OWLS team have been trying to rope me into being a host for a livestream (as Lita herself explains in the affected stream), so by running this Q and A, I feel sort of guilty since I refused TPAB and Astral’s invitations to be part of something exactly like that…I don’t want to suddenly have obligations to be a podcast guest – I don’t particularly like the sound of my own voice and I say a lot more through text anyway – but if nothing else stuffs up, that’s where I’ll be at the designated time.

I think that’s doubled my wordcount, so…there you have it. Make sure to send in your questions!