More like “Being Tanjiro is suffering”…if you’re a few episodes ahead, I think you’ll know why.

I have some good news: Ply was able to bring himself back to the collab. I’ll let him speak for himself when it’s his turn again (if he wants to), though, since we’ve all got things we’re dealing with.

I think we’re all starting to feel the effects of long-running shonen start to seep in here. Not that Kimetsu no Yaiba is bad on the regular, but since this is a shonen, it’s par for the course.

I’m very much enjoying the show myself. I think that, for a longer-running shounen series, it’s managing to keep the pacing decent and the quality is consistently excellent. Plus, who doesn’t like seeing demons getting sliced up on the regular?

I quite enjoyed this episode! It breezed by quicker than I expected. This episode enriched the existing storyline by fleshing out different side characters (Susamaru, Tamayo, Yushiro, even Kibutsuji) and reinforcing the power gap between Tanjiro and Kibutsuji.

I didn’t expect Susamaru to be basically defeated by self-implosion. Otherwise, it all went as smoothly as I thought it would…up until Zenitsu appeared, at least. I didn’t think he’d be begging a girl to marry him, even though that train of thought makes sense.

Man, I was dreading the day it would come, but… Zenitsu is finally around. Ugh.

The gore scenes once again shocked me! Especially that eyeball, yikes. I shouldn’t expect any less from a gritty shounen though.

Gotta go find those Kizuki (?)…I’ll say more about that name in a later question.

I’m just really excited to go and meet more of the other cool demon hunters. And no, Zenitsu, you’re not on that list, buddy.

Another mission, I suppose. Though it’s hard imagining a mission that can top the latest confrontation with demons, unless the targets are directly related to Kibutsuji.

Susamaru being destroyed by the extra arms. It really shows how big the skill gap is between Tanjiro and Muzan.

Actually, one of my favorite moments in the manga is when Susamaru is dying, and just asking for her ball. It puts a lot of her actions in perspective, as she’s basically a child that was given enormous power but not the experience to really know what to do with it.

Susamaru getting defeated in such an unfair way.

My answer is Susamaru again…because for some reason, the empathy game for Susamaru’s death was really on point. Moreso than the other deaths we’ve had so far, at least.

Like I mentioned above, Susamaru’s death is honestly one of my favorite and most memorable moments in the series.

The Kasugai crow. That made for a nice gag at the end…and it makes me wonder how the crows receive their names, let alone how they’re bred.

Tamayo killing Susamaru. Battle of wits over battle of brawns any day.

Kizuki? I thought the 12 generals of demon Michael Jackson were called “the 12 Moons”?

Make Zenitsu not be a thing…

You probably know what I have to complain about if you’ve read previous episode discussions… Tanjiro internally narrating why he’s having a hard time during the battle.

Yeah, it seems like the translation team isn’t totally in unison on this one…

The title gave away what Tanjiro’s decision would be, so just to be contrary, if I were Tanjiro, I’d hand Nezuko to Tamayo.

How dare Yushiro refuse Nezuko headpats??? The boy needs to be locked up for being criminally insane!!! 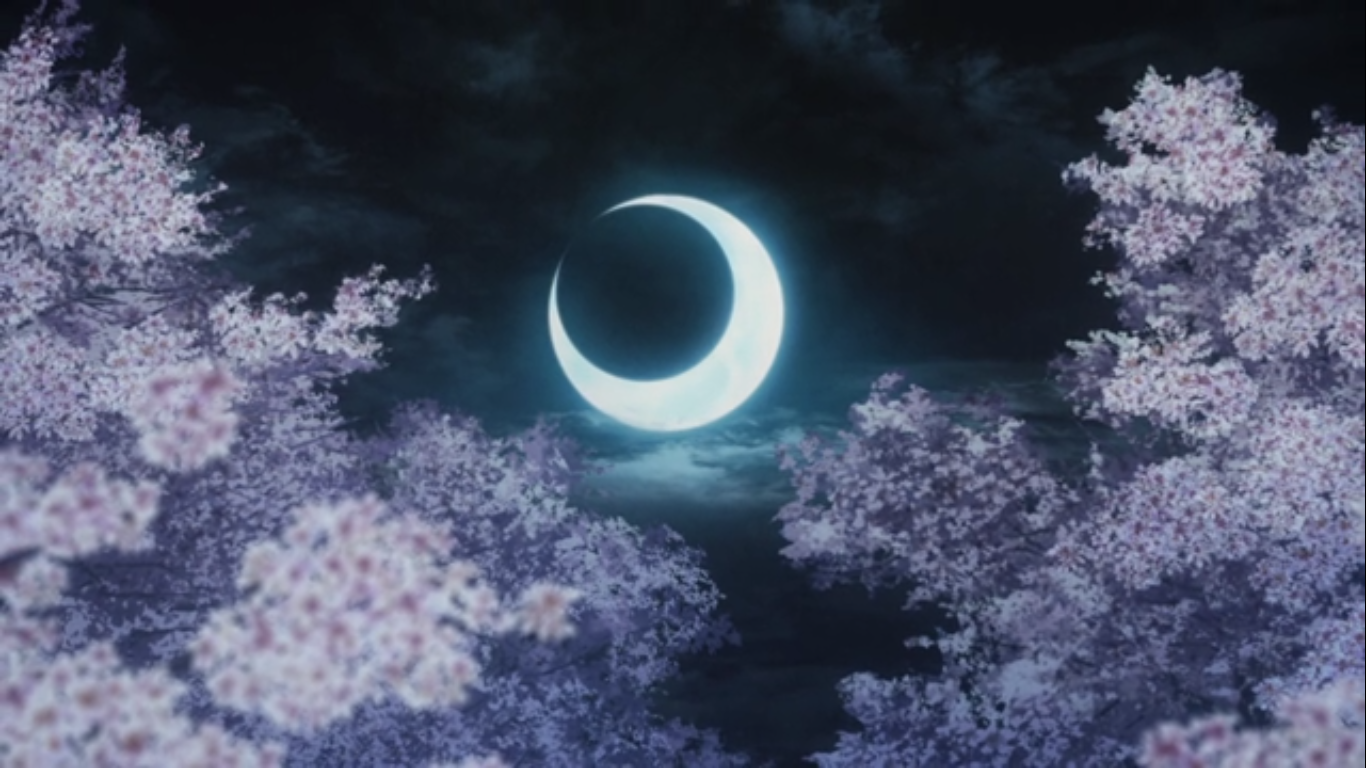 Not only is this scenery pretty, it was also melancholy due to the juxtaposition with Susamaru’s eye. 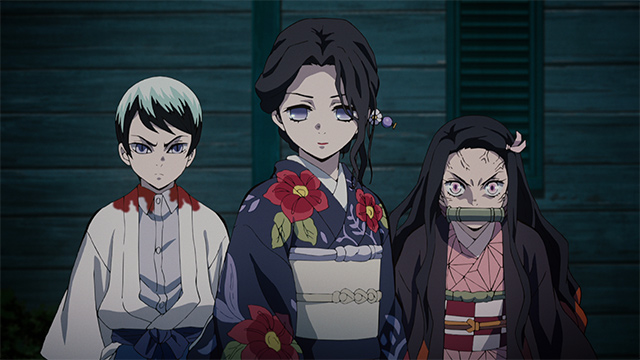 Tamayo should let her hair down more often. She looks equal parts gorgeous and fierce in this shot, and I love it. 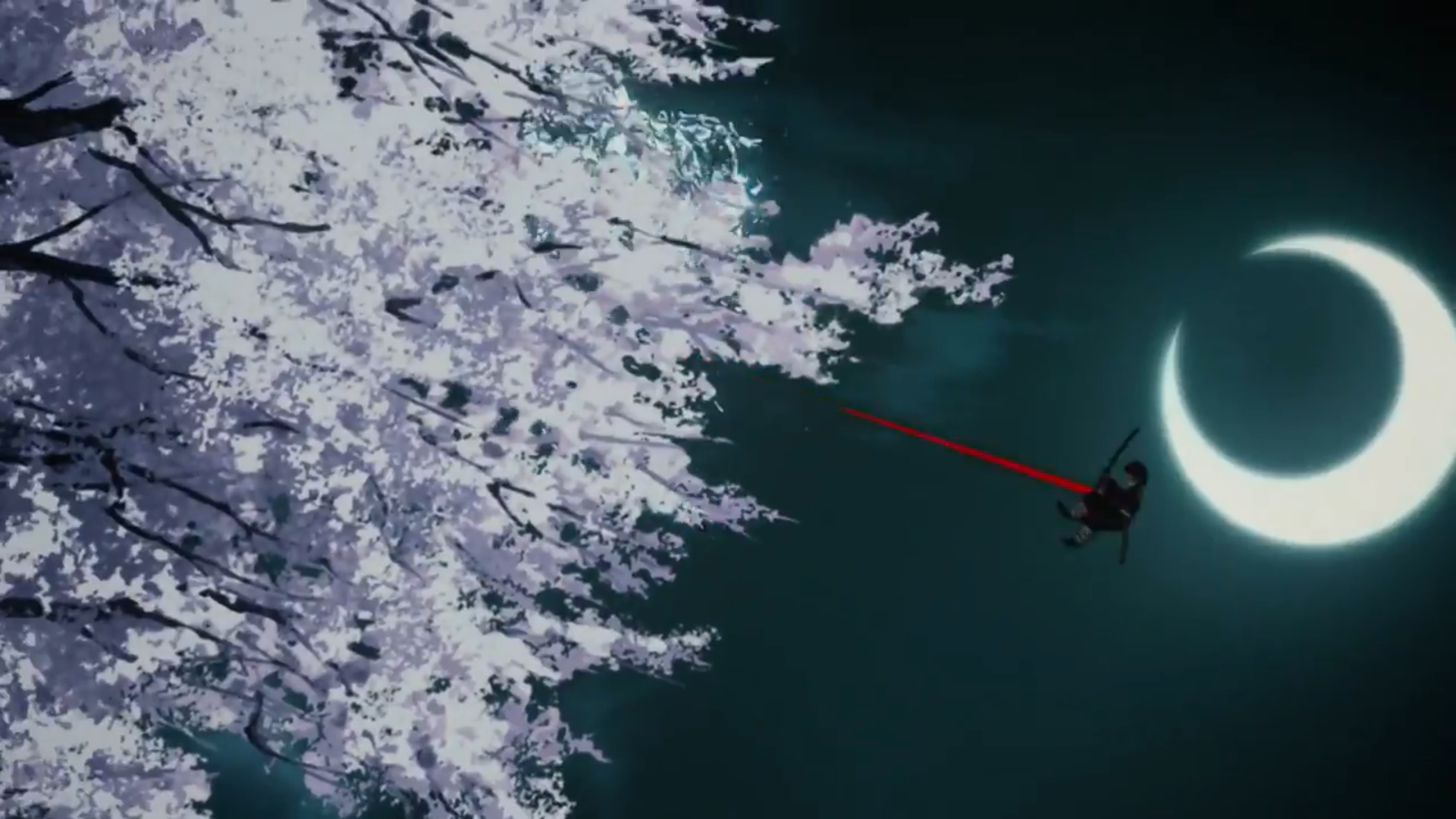 Proofreading Aria: Oh wow, I didn’t even see Tanjiro in this image until I had to format the post . (Maybe I didn’t let the picture load or maybe it was because I was on my phone when I was looking at the image the first time…who knows.)

Zenitsu… it’s too soon for you…

Aria: Now, it’s time for an Anibloggers’ Secret! In Latin, per aspera ad astra = “through hardship to the stars”, so “astra” means star. It’s not only relevant through this season’s Astra: Lost in Space, but our buddy Astral as well, since “astral” and “astra” are clearly related.

3 thoughts on “Demon Slayer Corps: Kimetsu no Yaiba 10 – Being Susamaru is Suffering”